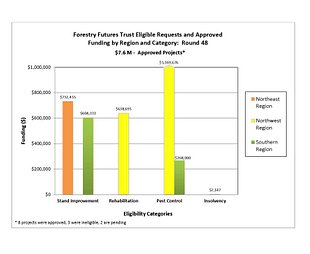 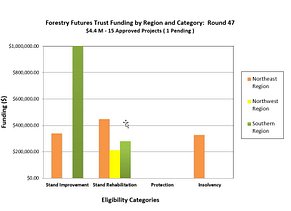 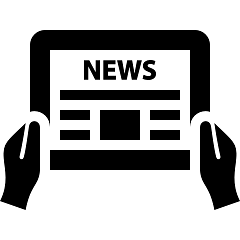 
September 6, 2019
Applications for FFT Silviculture Round 49 are now closed.

September 5, 2019
Forestry Futures Trust Silviculture Round 48 Results
For Round 48, $7,615,307 was approved for the funding of eight silviculture projects.  Of the 12 applications received, eight were approved, three did not meet eligibility criteria and not approved and two are pending.
Among Silviculture Eligibility Categories, five projects from Category 1:  Intensive Stand Improvement received $1,960,002 in total funding (four from the South and one from the Northeast Regions).  One project in Category 2: Stand Rehabilitation after Natural Disturbance from the Northwest Region was approved for $638,695.  Two Category 3: Pest Control projects received a total of $5.6 M in funding ($5.4 M for a Jack Pine Budworm Insect Pest Management Program in the Northwest Region and $228,000 for the Southern Region).  There was one Category 4: Insolvency project submitted in the Northwest Region that was approved for $2,147 but withdrawn by the applicant.
Among regions, the Northwest received the highest amount with $6,010,519 in total funding while the Southern and Northeast Regions received $872,333 and $732,455, respectively.

June 2019
KTTD Round 2 Deliverables will be linked to the table, under the eFRI program dropdown, as available.

In the fall of 2018, four workshops were held in Timmins, Sault Ste. Marie, Thunder Bay, and Peterborough to solicit input on Ontario’s Growth and Yield needs to support sustainable forest management for the next 20 years and beyond.  The workshops, that were delivered by Drs. Margaret Penner and Doug Pitt, were well attended and many issues were raised that will be incorporated in a final report (to be posted here upon completion later this year).  Submitted presentations from the workshops are posted below and others will appear as they are provided.
> Policy Planning
> FRI 2017-2027 Cycle
> Introduction to Ontario's Growth and Yield Program